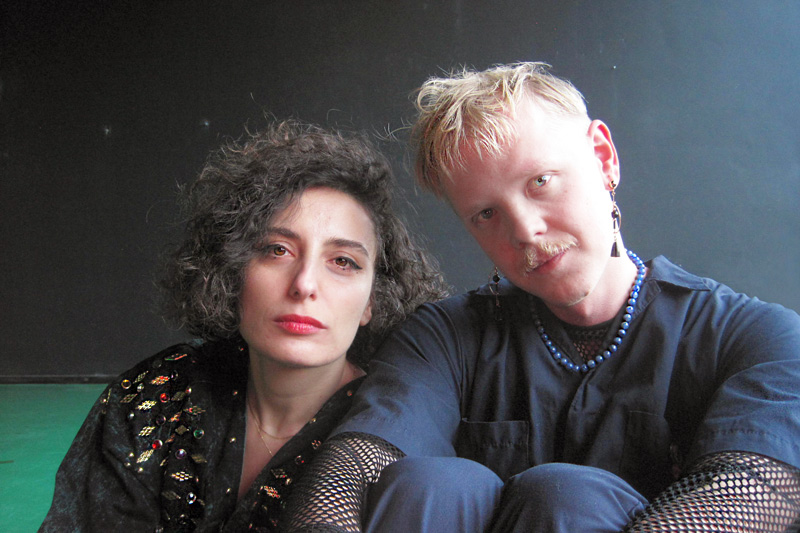 The Danish musician Teis Semey and Sanem Kalfa, from Turkey, are two well-known improvisers on the Dutch jazz scene. In this duo they reveal another side to their musicality, drawing inspiration from Scandinavian and Turkish folk music, avantgarde jazz and soft dreampop.

You might know Sanem Kalfa from her work with George Dumitriu and Joachim Badenhorst, but Kalfa also has an extensive catalogue of solo work behind her. Sanem Kalfa’s mastery of not only her voice, but also “tinges and timing, blossoming and flow, vibe and touch, fly and linger” (AllAboutJazz), makes her an interesting fit with Teis Semey.

Guitarist Teis Semey is younger and is just beginning to establish himself on the European stage. As a jazzahead! showcase artist and Footprints touring artist with three albums under his belt who has also performed in venues like Bimhuis and North Sea Jazz, he is certainly not shy about stamping his mark on the scene.

This duo of Sanem Kalfa and Teis Semey is something special, which we don’t get to see that often – two world-class musicians teaming up as a special treat for those lucky enough to be in the audience on the night. In this concert the duo will perform a blend of Turkish music, Danish folk music, songs and improvisation.