Plataforma Jazz España (PJE) is a cultural association that brings together and represents the jazz festivals of Spain. One of its main activities is the national and international network.

In this brief presentation, Javier Estrella, president of PJE directive, will explain what PJE is and where it is headed. 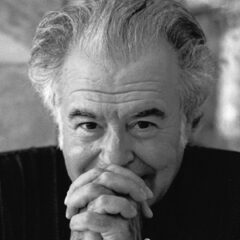 Javier Estrella is dedicated to institutional relations and artistic consultancy. Since 2019 he has been president of the Plataforma Jazz España and musical advisor to Patrimonio Nacional. He is also responsible for the JAZZ EÑE programme for the internationalisation of Spanish jazz of the SGAE Foundation, and director of the Festival Música Antigua Aranjuez (Aranjuez Early Music Festival).

Between 1983 and 1988 he was advisor for music and theatre to the Minister of Culture, Javier Solana Madariaga, director of the Artistic Coordination Office of the Ministry of Culture and deputy director general of Theatre (INAEM. Ministry of Culture). Between 1988 and 1993 he was director of culture for the Sociedad Estatal del Quinto Centenario. In 1993 he founded Címbalo Producciones SL, dedicated to the promotion of mainly jazz and early music concerts and shows. A year later he founded and began to direct the Festival Música Antigua Aranjuez. In 2004 he created the record label Música Antigua Aranjuez.