A conference dedicated to a management model, which encompasses music and management training in the same institution: 360 Paris Music Factory. This is a multi-functional platform, made up of companies, cultural associations and spaces for creation, production, promotion and training. 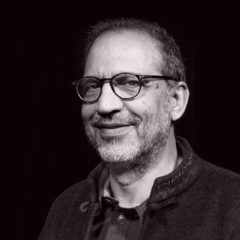 Saïd Assadi, cultural activist, is the founder of 360 Paris Music Factory, the Au fil des Voix Festival and creator of Accords Croisés. Assadi developed numerous activities among the associative world, especially with the Association “Cultures en Liberté”. This path led him to create Accords Croisés, a concert office, a production agency and a record label. Recognized as a reference in the world music, Saïd Assadi created in 2008 the Au fil des Voix Festival in Paris and in 2015, Saïd Assadi founds Le 360 Paris Music Factory, a site that brings together several cultural companies thanks to a new economic economic model which brings together all the steps of the music industry, including design, production and promotion.