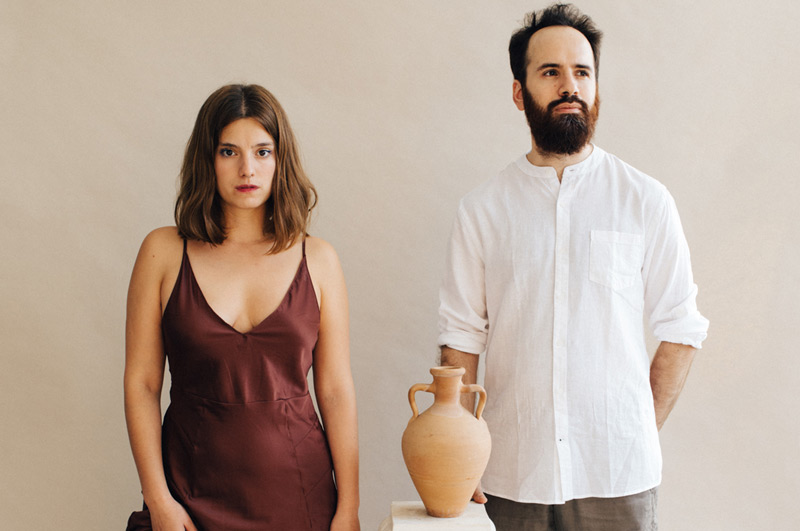 The title of their new album Fang i núvols (Mud and Clouds) (Microscopi, 2020) perfectly defines the characteristic sound of the Magalí Sare and Manel Fortià duo. Their music is raw and naked: the double bass and the vocals form the extremes of an imaginary harmony. It is a constant role-playing game: if one of the two forms the sediment, or rhythm section (like mud), the other can float freely (like clouds) and vice versa.

The strong jazz roots that unite Magalí and Manel embrace, in this work, a repertoire of traditional Catalan and Latin American songs, as well as two of their own songs, based on poems, open and close the album. The duo’s proposal consists of reformulating the melodies, forms, and rhythmic keys of these songs through the freshness and risk of improvisation.