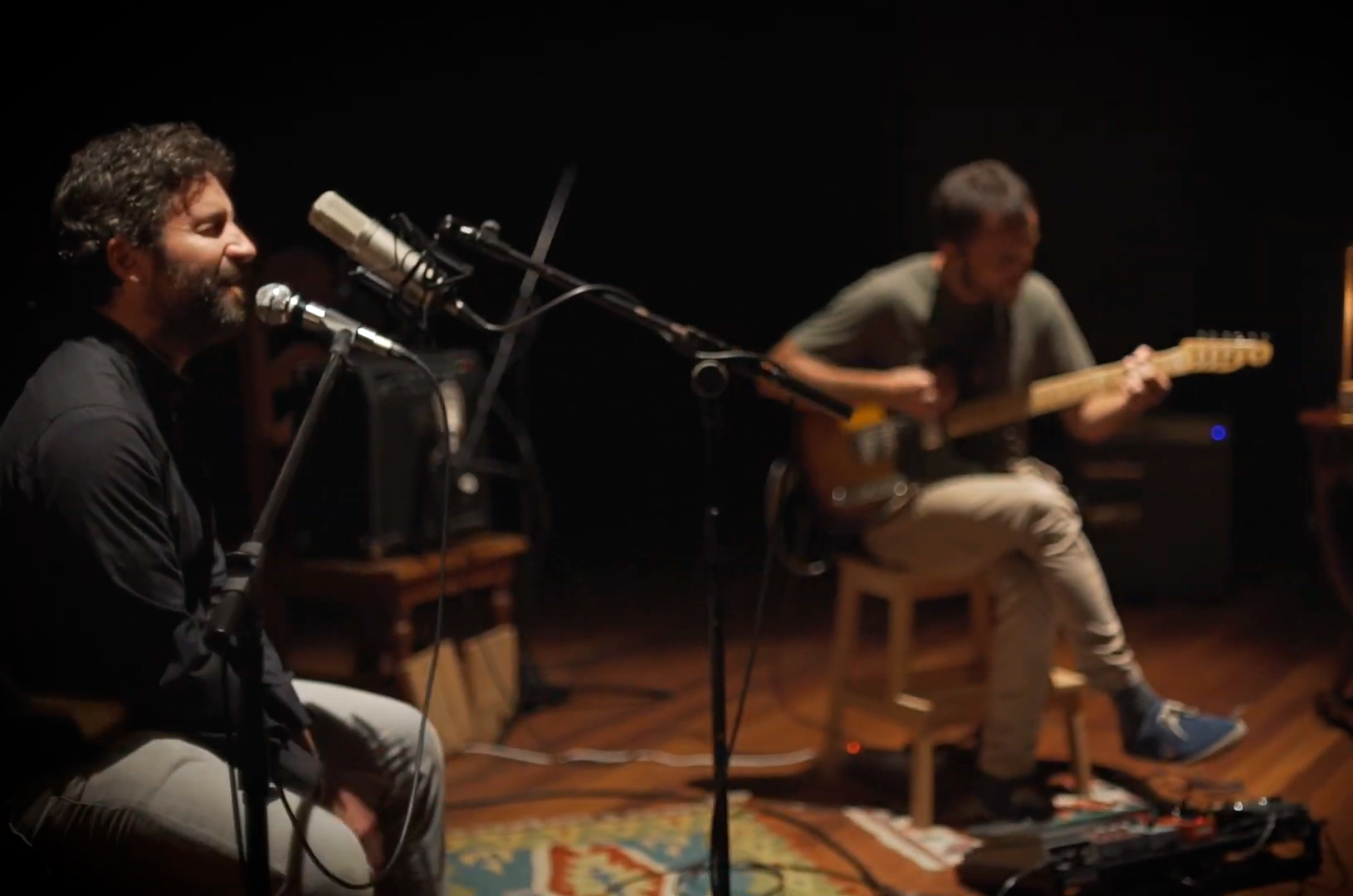 Noar is the new musical project from Iago Marta and Rubén Fernández, Galician musicians with considerable experience and eclectic interests. A universe woven from different stylistic galaxies such as popular song, jazz, rock and free improvisation. The thematic inspiration of the lyrics and the music comes from a journey through different soundscapes that raise questions and reflections on the mystery of the universe, life and death and the meaning of existence. In short, the great human concerns. On stage, the resulting performance maintains the essence of a voice and guitar duo, but the loops, effects and percussion make the sound dimension expand from minimalist textures to harmonies that seem positively orchestral.

Their live performance is soundtracked by the technician and producer Jose Trincado, ‘Triki’, and viewed from the camera perspective of Sara Traba, award-winning film director for As vacas de Wisconsin and with extensive experience in other music video works by artists such as Faia and Intana and several collaborations with musicians from the Barcelona jazz scene.