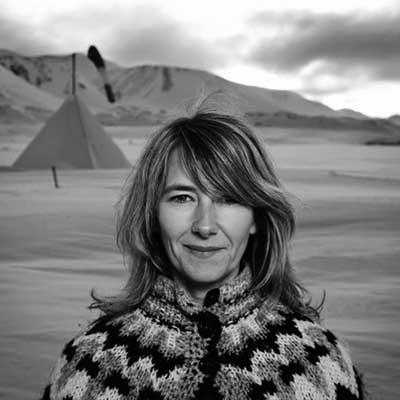 Sunna Gunnlaugs is, since 2015, artistic director of the Reykjavík Jazz Festival and director of the concert series Jazz í Salnum at Salurinn Concert Hall in Kópavogur. Since 2018, she is member of the board of European Jazz Network and, since 2017, is also founder of Freyjujazz, the cycle of concerts to enhance the presence of women in jazz. The cycle was awarded as an event of the year at the Icelandic Music Awards. Women from Iceland, Norway, Germany, Hungary and the United States participated in the 2017 cycle, which hosted a total of 25 concerts. Sunna Gunnlaugs has been invited to participate in the In-Jazz (Netherlands) and Gender Balance Committee of the Gateshead Festival (UK). Beyond his role as artistic director, Gunnlaugs is also a pianist.

The Reykjavík Jazz Festival has been held annually since 1990 and has become the largest jazz festival in Iceland and the second oldest music festival in the country. It features the most prominent of the Icelandic local scene, as well as prominent international guests. The festival focuses on modern jazz. It includes Nordic jazz, of avant-garde and also offers programs for children and non-jazz proposals. In the past editions, artists from the Nordic Countries and also France, Germany, United States, Italy, Luxembourg, Spain, Poland and Switzerland have played in the festival.