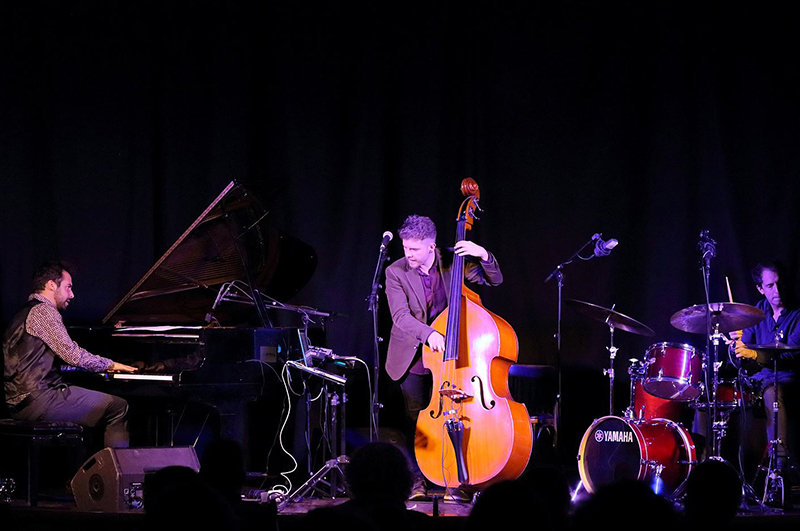 Pere Bujosa Trio is a group formed in the year 2017 in Amsterdam by the Mallorcan double bassist Pere Bujosa, the pianist Xavi Torres and the drummer Joan Terol. Together they create music that unites elements such as polyrhythms, atmospheric effects and sounds, as well as arrangements based on the jazz tradition and on other genres such as rock or electronic music.

The artists who accompany Bujosa are well-known on the Catalan jazz scene: Xavi Torres, who despite his youthful years has been awarded prizes by the Dutch Jazz Competition, by Keep an Eye Records and in the Keep an Eye Contest. He was also recognised as the best soloist at the Festival Getxo and was a semi-finalist in the prestigious Thelonious Monk International Jazz Competition in Washington. Joan Terol, has a long list of notable collaborations behind him as sideman; with Benny Golson, Lee Knotz and Jesse Davis, among others, and he co-lead highly-regarded projects such as Maarten Hogenhuis Trio, Maartje Meijer Quintet, Trempera!, Pablo Martínez Flamenco-Jazz Band and The BvR Flamenco Big Band.