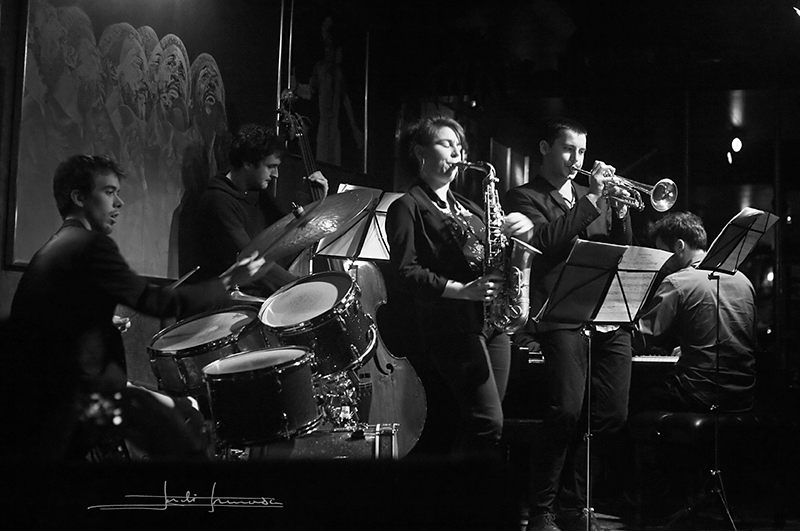 Irene Reig 5tet introduces a 100% repertory of original music and drinks directly from various branches of Jazz. Views (Discmedi, 2017) reflects images and memories of Barcelona, Amsterdam and Philadelphia, the cities where the saxophonist Irene Reig has lived and grew musically. The album was recorded in Philadelphia and it was released in May 2017. Since then the quintet has performed on different events and venues such as the Terrassa Jazz Festival and the Jamboree Jazz Club.